USA we’re back! After a couple of months at home after the Worlds, we have set out on our next trip, this time in the USA.

We flew into Cincinnati airport on the Sunday prior to racing, and got picked up by DK’s Tommy Zula to be taken to Dayton, Ohio - the home of DK bicycles. It was a very productive few days here shooting photos, talking about new products, and just getting to know the people behind the DK brand. It’s been over 1.5 years now since we have been onboard DK, so it was great to tie the DK visit with out US trip.

From here, we drove down to Louisville, KY for the USABMX Derby City National. Louisville is an iconic track that has been on the circuit for many years, and is also famous for heat, humidity and rain.

The weather was fine (aside from heat and humidity) on Thursday, but it started to bucket down on Friday afternoon. The track held up okay, aside from the first straight which was an absolute mess. The workers just got the straight rideable in time for practice, and racing went ahead as planned.

It was a bit of a rough start to the weekend for me, winning the first moto but sliding out in the second corner and crashing in the second moto. I still qualified for the semi final, but an average start sent me out back. I finished 5th. I was bummed with the result but happy with how I was able to keep my head in the game even after the crash, and counted myself lucky for not injuring myself too badly.

Sunday was a much better day for me, but I faced more battles throughout the day. I lost my rhythm out of the gate big time. It was a psychological battle more than anything as they still weren’t that bad, but it just wasn’t clicking for me.

This obviously wasn’t ideal, but I was really proud of the way that I handled the situation. I didn’t get too caught up in the quality of my starts, and instead shifted my focus to executing the process the best I can and making the most of the rest of the track.

I wasn’t able to make the starts work for me (which I was really disappointed about at the end of the day), but I was pretty stoked with managing all of this to still cross the line in 4th in the final.

There were a lot of learnings to take out of this weekend, but I’m happy to get the “first race back” jitters out of the way. Onto the next one!

This event in Louisville was my second ever USABMX National race. My last race was in Grand Junction, Colorado where I crashed and chipped a bone in my wrist, so I was looking forward to a safe and fun weekend of racing.

The weather was very humid and hot all weekend however on Friday night, the night before racing, there was a huge thunderstorm which caused the track to be quite wet the next morning. Track officials did the best they can to get the first straight in a better condition than it was but during practice, after the first jump was very sloppy.As the day went on and the sun came out, the track started to dry and it seemed as though the racing was never affected from the rain.

I got through the three qualifying motos with 2nd, 2nd, and 3rd, battling it out with Felicia Stencil and Dani George.

In the final I qualified 4th, so I had lane 4. I had an awesome gate and I was side by side with Alise Willoughby down the first straight. I was trying to come across to the inside to cover my line when I hit Alise and almost lost my balance. I got pushed back to 3rd when Felicia took the inside line. I couldn’t catch up from there, but I was stoked to get a podium finish.

Day 2 was an early start, with practice starting from 7:15 am, it was crazy to think we were bombing down the SX hill before 8am!

There was a class merge for day 2 so we had just enough riders for a semi final. I qualified 2nd in the semi final after getting 1st, 1st and 3rd in my motos.

A 2nd in my semi and I was 3rd qualifier for the final. I chose lane 4 again and my start was exceptional! I was side by side with Alise but I came up a little too short on the first jump so I fell behind. I was stuck on the outside again and I was pushed back to 4th in the first corner. I could feel someone on my tail so i needed to hurry if I wanted to keep my 4th position. It was a battle to the finish but I lost it! I finished 5th.

I was definitely bummed with my result on the second day and I established that I tend to get scared and not fight for my lines around corners which need a lot of work. Looking forward to next weekend where I have another shot for the podium. 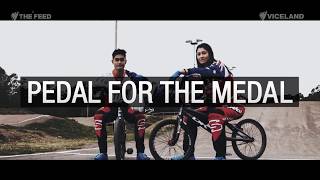 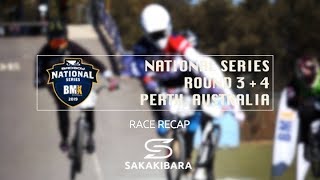 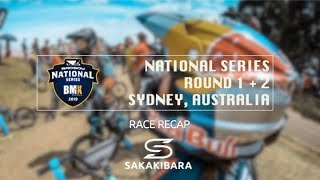